Real gross domestic product (GDP) data in Turkey are released with a very long delay relative those of to other economies, between 10 and 13 weeks after the end of the reference quarter. This means that policy makers, the media, and market practitioners have to infer the current state of the economy by examining data that are more timely and are released at higher frequencies than the GDP. This paper proposes an econometric model that allows us to read through these more current and higher-frequency data automatically, and translate them into nowcasts for the Turkish real GDP. Our model outperforms the nowcasts produced by the Central Bank of Turkey, the International Monetary Fund, and the Organisation for Economic Co-operation and Development. Moreover, our model allows us to quantify the importance of each variable in our dataset for nowcasting Turkish real GDP. In line with the findings for other economies, we find that real variables play the most important role; however, contrary to the findings for other economies, we find that financial variables are as important as surveys. 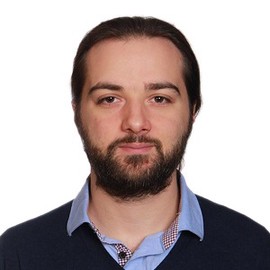 Data Analyst in the Governance and Local Development Institute